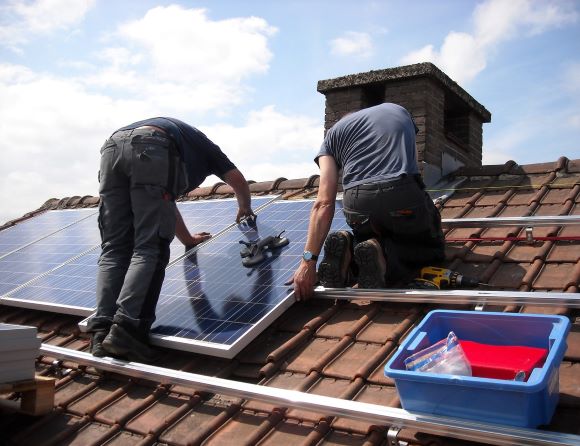 Solar Energy Tax Credit Can Save You Big Bucks – But Hurry!

The solar energy tax credit – officially the Solar Investment Tax Credit (Solar ITC) – gives an incentive for a win-win situation. The reduced emissions and lower carbon footprint from solar-generated energy are a win for the environment. A solar installation can generate big savings on your energy bill, which is a win for you. If you install solar panels, though, one big win comes from the Solar ITC itself.

Whatever you spend on installing a solar energy system for your home, 22 percent of it will go toward paying your taxes. You’ll be walking on sunshine – whoa-oh!

But hurry – you need to have your system started by the end of 2023 in order to take advantage of this credit.

How Do You Earn the Solar Energy Tax Credit?

The IRS uses a “commence” standard to determine whether you receive the credit in a particular tax year. That is, if you start your solar installation by December 31, you’ll earn the tax credit for that year. Under the Physical Work Test, there needs to be a significant part of the physical work done to qualify. The work can be off-site (production) or on-site (installation). As long as the physical work qualifies as significant, you don’t have to spend a minimum amount of money.

Another option that will satisfy the IRS involves the Five Percent Safe Harbor rule. You can qualify for the credit under that rule if you satisfy two criteria. One, you pay or get charged for five percent or more of the total cost of the energy system. Two, from that point on, you make continuous efforts toward completion of the project. Likewise, you need to pay/incur those expenses by December 31.

There is also a “continuity” rule, whichever rule you follow (Physical Work Test or Five Percent Safe Harbor rule). That means you have four calendar years from that initial start to complete your solar project.

Why is this solar energy tax credit such a big win? Well, credits go dollar-for-dollar toward paying your tax bill. For example, if you paid $30,000 for your solar panels and installation, that would pay $6,600 of the tax you owe. That’s a big reduction of what you owe! Make it rain! That, combined with your energy bill savings, could pay for your new solar project relatively quickly.

The credit isn’t refundable, though. So, if your tax bill is less than the credit, the IRS won’t refund you the difference.

Congress has already extended the Solar ITC once, to December 31, 2023. Right now, odds are they won’t extend it again. So, if you want to get the credit, you need to start your solar project by the end of next year.

Washington state has a solar energy tax credit of its own. Not an income tax credit, since we don’t have one. But you won’t have to pay sales tax on your purchase and installation of a solar energy system. More information is available here.

Solar energy installations have grown by 10,000 percent since the Solar ITC was introduced in 2006. If you’ve decided you want to join the crowd enjoying lower energy bills, talk to your local solar installer. They are likely on top of nearly every solar tax or savings incentive available.

Puget Sound Energy has a web page to work with you on generating your own (solar) power.