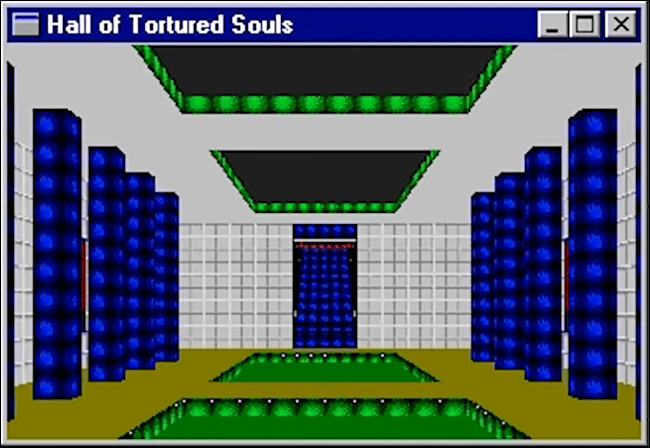 If You Can Still Run Excel 95, You Can Find a ‘Devilish’ Easter Egg

It’s taken years to find it, but word is spreading that Excel 95 has an Easter Egg. If you hit a certain set of keys in the right order, you can take a virtual walk through the “Hall of Tortured Souls.”

Excel is a venerable spreadsheet program, having debuted in 1985. Accountants quickly and eagerly embraced it. They found it was much faster and easier than entering numbers in a ledger by hand. In 1995, Microsoft rolled out the sixth version of its accountant power tool. This was the first fully 32-bit version of the application, which meant Excel could take advantage of a leap forward in the processing might in the era’s computers.

Apparently long hours require to produce the new version took a toll on the Excel programmers. To express their collective angst, they hid an Easter egg inside the application. (An Easter egg is an inside joke that programmers hide within a program. Users can only access it with a particular series of steps and keystrokes.)

The hidden surprise in Excel 95 was a mini-game called “Hall of Tortured Souls.” The game is played from a first-person view, like Doom. Once there, the player moves through a series of hallways until they reach the Hall of Tortured Souls – the list of the names of all the programmers who worked on Excel 95. In addition, there are pictures of team.

How to Find the Excel Easter Egg

These are the steps you need to follow to access the game. Please note, this only works in Excel 95.

If you don’t happen to have the 26-year-old version of Excel, here is a video that shows the game.

How-To Geek has an article listing other Easter eggs in Microsoft Office and Windows.