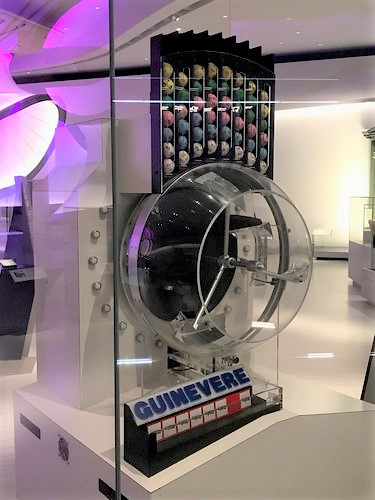 Was he just a clumsy accountant ? Or was he in fact part of conspiracy to give the No.1 pick in the NHL draft to the New York Rangers? Some disgruntled hockey fans say the latter.

Eight teams were part of a televised selection process this week. A lottery would decide who gets the top draft pick in the upcoming amateur draft. Each team had its own ping pong ball that was dropped into an air-driven lottery machine. The NHL hired some highly trained accountants from the Big 4 mega-firm Ernst & Young to manage the balls emblazoned with each team’s logo.

All went well until the time came for New York Rangers’ to make their entry. The EY accountant dropped the ball into the machine before showing it to the sport’s commissioner. Too soon! He managed to snatch the ball back from the machine, though, and start over.

Soon all eight balls were swirling in the machine. When officials flipped the switch, the Rangers’ ball popped up as the winner. The Twitterverse immediately erupted in conspiracy theories, such as the New York ball being weighted in such a way to force it to be chosen. Others said it was merely a clumsy accountant. Maybe he failed ping pong ball dropping in business school?

The ultimate lesson: You don’t need one of the Big 4 accountants to get the results you want. At Andrews Tax Accounting, we never drop the ball – except the way we’re supposed to!

An article from Going Concern gives the play-by-play on how the lottery went down.

NHL.com writes about Alexis Lafreniere, the likely No.1 prospect in this year’s draft.

Lastly, you can learn more about our services (beyond ball dropping) here!