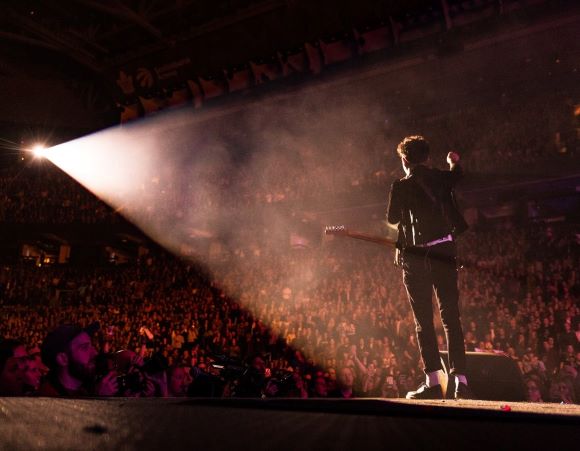 Your Favorite Celebrity Could Almost Have Been an Accountant

Celebrity accountant? Well, not us, unfortunately. We can’t remember the last time we were invited to walk the red carpet. Or given a Prada bag, or other fabulous freebies. But there are celebrities who considered becoming accountants before going into less exciting fields. Like movies or music.

I Can’t Get No Deduction

It would be hard to find a more famous celebrity almost-accountant than Mick Jagger. The Rolling Stones front man (and actor, if you want to include the execrable movie Performance) studied Accounting and Finance at the London School of Economics. He even received a scholarship!

Not far behind in rock legend status is Led Zeppelin lead singer Robert Plant. The Whole Lotta Love shouter studied to be a chartered accountant (the British version of a CPA). Alas, he only lasted two weeks. His other career seems to have lasted a little longer.

Accounting Was All Just a Dream

Comedian and star of multiple hit TV shows Bob Newhart truly put the accountant in celebrity accountant. He famously worked as an accountant for USG Corporation before entering show biz. Unfortunately, his self-described “eh, that’s close enough” approach to accounting didn’t get the enthusiastic ratings his television series have.

Venus Williams is one of the top tennis players – male or female – in the world. She also pursued a degree in Business Administration at Indiana University. But luckily the tennis thing worked out a little better for her. She has said, “I have to say accounting almost killed me.” We feel ya, Venus.

John D. Rockefeller became the world’s first billionaire after founding Standard Oil. Rockefeller is objectively the richest man ever (his net worth when he died equaled 1.5 percent of the US GDP). He had more humble beginnings, though, as an assistant bookkeeper. Then he and his brother struck black gold, and the rest is history

Hold the Celebrity, Plenty of Accountant

OK, none of us is a Celebrity Accountant. And we’re happy that way! We’re sorry that those poor famous people couldn’t cut it in the world of accounting. But rest assured, we’ll never abandon your tax return for the bright lights of Broadway!

He’s not a celebrity in the conventional sense. But actual Renaissance man Fra Luca Pacioli is considered the most famous accountant of all time.