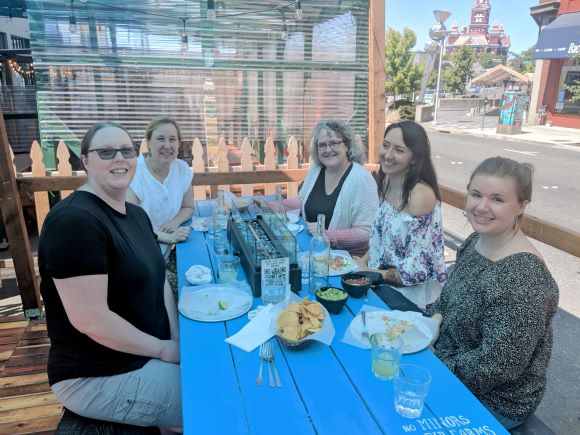 We Ate, Drank and Made Merry Celebrating Taryn’s Birthday

Tuesday, July 20 was a special day – and mark it on your calendar for next year! For that’s the day for celebrating Taryn’s birthday. Which we did, gathering at Black Sheep in beautiful downtown Bellingham.

Black Sheep bills itself as a bar with tacos, but we concentrated on the latter. And despite writing “No Minors” on the table outside, they still let youthful Taryn sit there.

OK, we’re kidding. Taryn has passed the point when she’s old enough to run for Congress now, but says she has no plans to run at this time. But if she does run in the future, look for the announcement here first!

Check out the offerings at the Black Sheep!

There’s something else that happened on July 20 that might be celebrated, too.