Andrews Night at the Theatre! 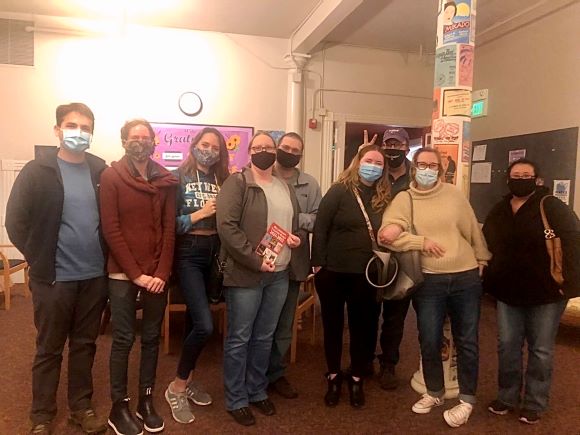 The Andrews Team Met for a Night at the Theatre

Nearly the entire Andrews team had a night at the theatre Saturday! We went to the Bellingham Theatre Guild to see their production of The Harry & Sam Dialogues, directed by our own Les Campbell.

This show was a part of the national AACT Fest ’21, a national competition that happens every two years. This particular production won the award for Outstanding Acting Ensemble, and was one of three shows nominated for Outstanding Production. Actress Rachel Brosnahan, star of Amazon’s The Marvelous Mrs. Maisel, read the names of the three finalists. Les says that probably makes her his girlfriend now. But when she announced a different show as the winner, does that mean they broke up.

Jeri treated the team (and various significant others) to the show, which continues to play October 14 through 17. Here’s a teaser for the show:

A special treat was a visit from beloved former team member Janna, who made the long journey north for a fun reunion with the gang.

You can buy tickets online on the Bellingham Theatre Guild website.

And if you want to see what we do during work hours, click here!